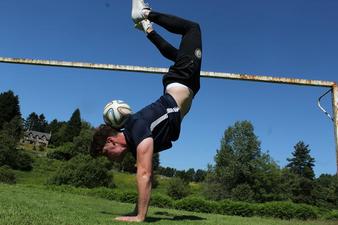 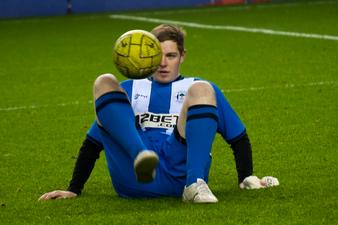 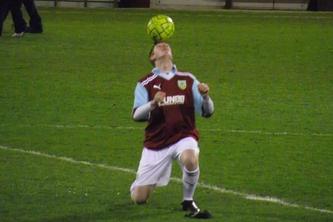 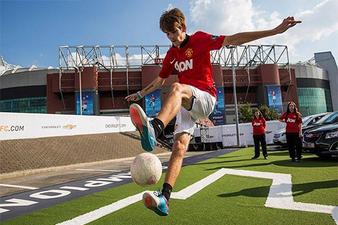 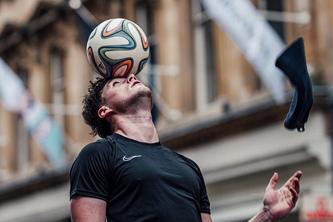 We had Ross for our sons 10th birthday party and it was a huge success. Ross puts on a great show and then had a session teaching the boys some tricks. Every boy was included even if they were not that experienced with football and was unbelievably patient with them. Highly recommended for any football related events and birthday parties.

We booked Ross today for my boys birthday party. Not only is Ross amazing at what he does, his interaction and patience with 25+ wee boys was immense! I can’t recommend this young man enough. He’s an extremely talented young man and has sent each one of the wee boys away buzzing to develop themselves in football!
Parents are currently getting their own wee free styling lessons! What a guy and what an impact he’s had on these wee boys!

Chris’s duties have included entertaining young supporters at the pre-match Team Latics Warm Up Club with football freestyle tricks and engaging with some of those children to teach specific skills.

He has also performed a freestyle routine on the pitch at half time during a high profile Premier League match.

We thoroughly enjoyed having Craig as part of our end of season event. As well as performing a couple of group demo sessions for the players (and parents) he also spent some 1-1 time with small groups and individuals, showing them particular skills they’d asked to try and learn and generally encouraging them to get involved and practise until they succeed.

Both other coaches, parents and players have all commented on how great it was to have Craig there, and how it added a different dimension to our morning.

Chris is great, we used him for an entertainment piece pre-match at Southampton. He was great interacting with crowds and very diligent when keeping in contact with us pre and post-game. Would highly recommend.